Women are on the frontlines of climate change and have unique knowledge and perspectives that can help address the crisis. 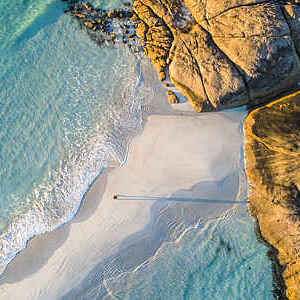 The 27th Conference of the Parties (COP27) to the UN Framework Convention on Climate Change (UNFCCC) is being held in Sharm El-Sheikh, Egypt, on 6-18 November 2022. ISO and its members join ranks with world change makers to showcase how International Standards help transform climate commitments into action. Our coverage of COP27 provides an overview and greater insights of ISO’s work in this area, from in-depth features to thought-provoking think pieces.

Few can fail to have been moved by the appalling images of flooding and destruction in Pakistan following unusually heavy monsoon rains this year. With more than one-third of the country under water in August, the news was awash with images of people trying to salvage their possessions and source food and clean water.

This was climate-related disaster writ large and of the type that is likely to occur with increasing frequency and intensity. What the cameras couldn’t be expected to show was the wider impact that will take months and years to unravel. One thing is certain; this extreme climactic event will have disproportionately affected women and girls. And yet they are in a prime position to be effective agents of climate adaptation and mitigation.

It’s becoming increasingly evident that climate change and gender are inextricably – and negatively – linked. In fact, it’s hard to find something positive in the collection of data relating to women and climate change. This reflects the fact that women make up the majority of the world’s poor and typically rely heavily on natural resources, which climate change puts at risk. Another facet is the fact that socio-economic norms and laws consign women to leading lives with different roles, responsibilities, legal rights and expectations to men.

Let’s return briefly to Pakistan, where the recent flooding is likely to become a “threat multiplier”. This means it will exacerbate existing problems, tensions and inequalities in what are often fragile environments. If a family in rural Sindh was already struggling to source sufficient food and water, chances are the floods have made this situation worse and added to their problems through, for example, loss of property and livestock, or the additional responsibility of caring for homeless or sick relatives.

This becomes a gendered problem because girls and women are more likely to be responsible for giving care, and securing food, water and energy. When climate change threatens resources, women find themselves in a more difficult – and deteriorating – position.

Girls are more likely to be pulled out of school than boys (and, importantly, are unlikely to return) so that they can support the struggling family. From there it’s downhill, typically involving early marriage and childbearing, fewer (if any) employment opportunities, and the risk of greater abuse and possible sexual violence. If that wasn’t enough, they are 14 times more likely to die as a result of a climate-related disaster than their male counterparts.

We shouldn’t regard this responsibility for care and securing supplies as a “developing world” issue. Universally, women have more family-focused roles. The Organisation for Economic Co-operation and Development (OECD) reports that 61.5 % of mothers of children under 12 took on most or all of the extra care work that resulted from the pandemic in 2020, compared with just 22.4 % of fathers.

Women are underrepresented in every facet of the climate change debate. Even at COP26, female representation among party delegates was 37 %, a number that fell to 26 % when looking at the gender of heads of delegation and their deputies. Inevitably, poor levels of representation result in poor resourcing of female-inspired climate solutions.

Without a voice, women can’t protect their rights, different needs, agency or environment. This is even more galling when women are often effective agents of change: at a local level, they typically possess vital, generations-old knowledge to help their communities adapt to and mitigate climate-related threats. At a leadership level, women repeatedly prove their worth at the top table. The response to COVID-19 from the world’s handful of women leaders showed a compassionate, transparent, measured approach.

So how does this relate to standards? And how can incorporating issues related to gender improve the situation of a girl in communities like Sindh?

ISO has been asking important questions on whether its existing standards are “gender-responsive” and ensuring those that are in development take the needs of women into account. In 2019, it signed the Declaration on Gender Responsive Standards and Standards Development at the United Nations Economic Commission for Europe, pledging to mainstream gender in the development of International Standards to better and more swiftly achieve goals aimed at inclusivity and diversity.

The same year, the organization unveiled its Gender Action Plan. This is now in its second phase (2022-2025), and through a five-point plan, aims to improve the gender balance in the standardization process, as well as strengthen the gender responsiveness of the standards themselves.

This matters because standards do at least two things: they offer a strong foundation on which to develop policy, and they touch many aspects of everyday life. As such, if gender awareness and action are incorporated into standards, there is a ripple effect. Furthermore, if women are involved in developing these standards, their knowledge and perspective feeds into action.

In other areas, the needs of women have to be better judged. Most protective gear, for example, is designed for men, making it less safe for women users. By having women develop and review the standards that govern these, beneficial changes will be forthcoming.

At a leadership level, women repeatedly prove their worth at the top table.

Ultimately, standards will help effect a shift from girls and women – such as those from our family in Sindh – being victims of climate change to agents and promoters of adaptation and mitigation. When they have equal access to decision-making opportunities, women take more sustainable decisions, such as improved school attendance rates for their children, increased food security, greener mobility patterns and reduced energy demand. Their unique perspectives and knowledge of both the challenges and solutions create the conditions for a more just, innovative and ambitious response to climate change.

ISO has recognized that building a climate solution needs everyone. Its work to create more inclusive standards sets a course towards achieving this.