To mark the International Day of Human Space Flight, we celebrate the significance of mankind’s space era, reflect on the potential risks and how standards can help mitigate them. 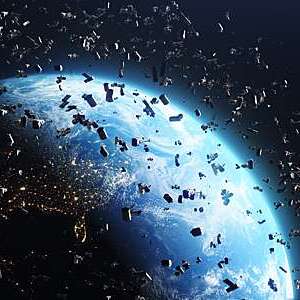 Since the launch of the first satellite in 1957, the number of orbital objects has skyrocketed. Around the world, amateur radio enthusiasts tuned in to hear Sputnik 1’s plaintive beeps – a sound that heralded a new technological era. Mankind’s space era and the space race had begun. In 1961, the first manned flight breached the confines of our atmosphere. Since then, private companies have joined the space race.

But in the 65 years since Sputnik took its first lonely spin around Earth, the region of space closest to us has become rather more crowded. Today, on International Day of Human Space Flight, it is important to remember that space is no longer inaccessible. The great void of our stratosphere and beyond have never been closer – and that comes with risks.

Today, around 7 500 satellites are operating at altitudes below 2 000 km – the upper limit for low-Earth orbit (LEO). More than a third of those were launched in the past two years, and there are many more to come. Proposed launches by private companies such as SpaceX and Amazon would swell the number of satellites in LEO by more than 45 000.

But satellites represent only a small fraction of the objects whirling around our planet. Orbital debris, or “space junk”, is becoming an increasingly urgent problem. NASA is tracking 27 000 pieces of orbital debris larger than a tennis ball, from discarded launch vehicles and parts of old spacecraft to tools and jettisoned bags of garbage. Added to those are an estimated one million pieces of debris larger than a marble, and a further 330 million between 1 mm and 1 cm in size. All these objects are travelling at 25 000 km/h, or 7 km/s. At that speed, even tiny pieces of debris can do a significant amount of damage.

Any collisions or explosions that do occur will only add to the problem. When Russia successfully tested an anti-satellite missile in November 2021, it created 1 500 more pieces of trackable debris as well as hundreds of thousands of smaller pieces. In the immediate aftermath, crew members aboard the International Space Station (ISS) had to take refuge in their docking capsules in case they needed to make a quick getaway. The ISS itself has had to move out of the way of space debris 25 times since 1999.

What happens if we keep on adding to the pile of space junk? In 1978 – when the space race was in full swing – a NASA scientist called Donald Kessler came up with an answer. He proposed that once the number of objects in LEO reaches a tipping point, the debris created by a collision could start a chain reaction of further collisions. Kessler argued that this would eventually create a cloud of debris encircling Earth, rendering the region both unusable and impassable.

Why is this a problem?

The greatest threat from orbital overcrowding is the damage it could cause to operational satellites. Those in LEO are used for imaging, surveying, and – increasingly – communications. This region is also becoming progressively more militarized. It hosts satellites used for surveillance and battlefield communications, which means any collision could have unpredictable geopolitical consequences.

Orbital debris also poses a threat to missions beyond LEO. This risk is small at present, but – like the volume of debris itself – it’s growing. In the worst-case scenario, space junk could eventually box us in entirely and close off any future exploration of our solar system (see Box).

Last year, the G7 countries pledged to tackle the growing problem of space debris. In a joint statement, leaders said they “recognize the importance of developing common standards, best practices and guidelines related to sustainable space operations”, and called on organizations, including ISO, to help “preserve the space environment for future generations”.

The work being done by ISO in this field – in particular, by technical committee ISO/TC 20, which focuses on aircraft and space vehicles – contributes in two main ways; firstly by reducing the amount of debris that finds its way into orbit, and secondly by mitigating the risks posed by the increasing congestion of near-Earth space.

ISO 24113 focuses on the former. It sets out requirements for the design and operation of all spacecraft and launch vehicles that are either launched into, or passing through, near-Earth orbit that ensure they leave as little debris as possible behind during – and after – their useful lives. When a satellite runs out of fuel, for example, it becomes just another big chunk of debris. ISO 24113 requires satellite designers and manufacturers to take this into account – for example by building satellites that can either be refuelled or removed from orbit at the end of their life to burn up safely in the upper atmosphere.

Standards also play an important role in reducing the risk of collisions. LEO isn’t just becoming more crowded; it’s being populated by an increasing number of players. As well as the world’s space agencies, more than a dozen countries have successfully launched satellites and a growing number of private companies are also now jostling for space. To minimize the risk of collisions between spacecraft, and to ensure safe passage for rockets bound for, or through, LEO, a standardized communication protocol is essential.

Standards play an important role in reducing the risk of collisions.

That’s where ISO 26900 comes in. It specifies message formats that spacecraft operators can use to communicate quickly and clearly with each other – whether that’s sharing pre-flight plans or alerting other operators about potential collisions in good time so they can manoeuvre their spacecraft out of the way.

Last year saw a record 145 orbital launches take off around the world. Near-Earth space is only going to become more important to the commercial, scientific and military interests of countries and corporations – and standards like these are one way we can ensure that, despite the growing congestion and the risks that poses, everyone has the space they need to operate safely.