Denmark is amongst the first ISO members backing the London Declaration and committing to concrete action on climate. 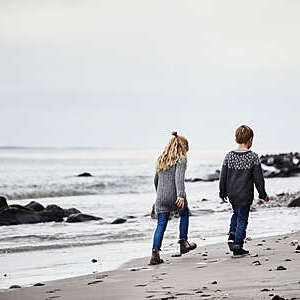 By Barnaby Lewis
Tagged as

The Declaration, launched during the 2021 ISO Week, is an historic commitment undertaken by ISO, its members and a number of other organizations, to leverage the power of International Standards in combatting climate change.

The Declaration aligns many different actors to a shared goal and, at the same time, allows each to address the problems most relevant to their particular situation. That flexibility is needed in a country like Denmark, where incremental improvements need to be carefully identified. There are fewer environmental “quick wins” to be had when you’re already ranked as one of the planet’s greenest nations.

A highly engaged population is just one reason why Denmark is a pioneer in this field. But it’s also the result of energy policy and Denmark’s highly developed wind energy sector, which generates around half of all electricity used. In fact, experts from Yale and Columbia universities refer to Denmark as “leading the world on climate change action” in the 2020 Environmental Performance Index.

So, where will Danish Standards focus its efforts in its commitment to the London Declaration? Food loss and waste. Starting with running the new ISO committee that’s dedicated to solving the issue.

Danish Standards is proud to lead efforts in ISO to reduce the huge global climate impact that food waste represents.

Danish Standards CEO Anne Hasløv welcomes this initiative and is committed to contribute to the work of ISO to ensure that International Standards and publications accelerate the successful achievement of the Paris Agreement, the United Nations Sustainable Development Goals and the United Nations Call for Action on Adaptation and Resilience.

Speaking on the role of standards in support of the Danish government’s 2025 Climate Goals, Hasløv said “our new 2025 Strategy highlights the ambition of Danish Standards to contribute to a sustainable and safe society and business community through a range of strategic initiatives focusing on people, planet and prosperity”. Examples of these initiatives include standardization of the circular economy in the construction sector, green digitalization, as well as sustainable, digital and resilient businesses.

Find out more about other ISO members who are standing behind the London Declaration to meet ambitious climate goals through concrete action and the power of standards.