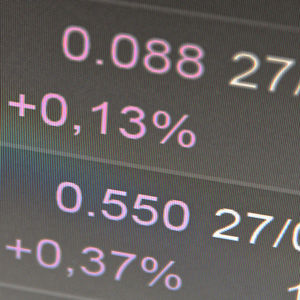 Blockchain technology holds immense promise to revolutionize financial transactions – and with it, improve a whole host of things from financial inclusion to efficiencies in government, health and all areas of business. A new ISO technical committee promises to take it to the next level, having now defined areas for future standardization work.

The inaugural meeting of ISO TC 307 Blockchain and electronic distributed ledger technologies recently held in Sydney, Australia, brought together international experts from over 30 countries to set the future course of standardization in this area, forming five key study groups for standard development:  reference architecture, taxonomy and ontology, use cases, security and privacy, identity and smart contracts.

Blockchain is a shared, immutable ledger that can record transactions across different industries, thus enhancing transparency and reducing transaction costs. It is a digital platform that records and verifies transactions in a transparent and secure way, removing the need for middlemen and increasing trust through its highly transparent nature.

Craig Dunn, the chair of ISO/TC 307, for which the secretariat is held by Standards Australia, ISO’s member for Australia, said blockchain technology can have huge implications in business and government.

“Blockchain technologies are a means of achieving trust and security when making exchanges, without the need for oversight by a trusted third party, and can be effective building blocks for other initiatives like anti-corruption and fraud prevention,” he said.

“Future standardization in this area can take the development of these technologies  to the next step by providing internationally agreed ways of working, stimulating greater interoperability, speedier acceptance and enhanced innovation in their use and application.”

Priority areas for standardization will be considered by the study groups as they prepare their reports for their next meeting in November this year, where future standards to be developed will be agreed. The study groups will take into consideration roadmap reports developed by Standards Australia and BSI as well as submissions from a number of member bodies prepared for the first meeting.